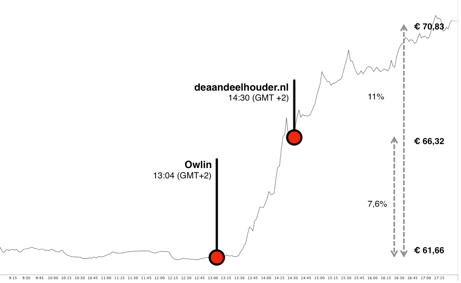 Within a span of four days in July, Owlin again proved its value at reporting time-sensitive financial information ahead of competitors.